While Chapel Hill is going crazy with Final Four fever, I have been focusing my March Madness attention on a different Final Four – the Final Fab Four. A friend of mine from university
drew up a bracket of 128 Beatles songs and we spent the month of March in a Facebook group devoted to the discussion of which songs were the best. 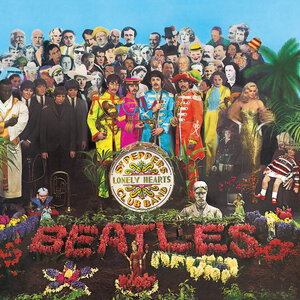 More than 100 people participated, ranging from those who were alive during Beatlemania to those, like me, who were born long after the Beatles had broken up. Everyone brought a different perspective and often there were fiercely passionate discussions of particular songs or matchups.

Songs were seeded according to the organizer’s personal preferences and paired in an opening round of 64 one-on-one matchups. Over two days we voted for our preferred song in each matchup with winners advancing to the next round (32 matchups). Winners of the second round voting advanced to the next round and so on until, in the end, there could be only one.

Some of the matchups were easy. While My Guitar Gently Weeps against Got To Get You Into My Life, for example, had an obvious (to me) victor. On the other hand, though, many matchups were agonizingly difficult, pitting two beloved songs of very different styles against each other. Sgt Pepper’s Lonely Hearts Club Band against Across the Universe, for example – how do you even compare the two? It’s like choosing which of your children you love the most – impossible!

The only way I could choose a winner in such matchups was to go with my heart. Many others opted to rationalize their decisions with lengthy arguments about the importance, critical reception, innovation, and influence of different songs. While I found such efforts to be misguided, the resulting discussions were packed with information – both historical and musical – much of which was new to me. Rather than this bracket simply being a fun diversion, it turned into a learning experience as well.

After each round the organizer would post a recap in the style of a sports analyst. Clever as he is, he would sprinkle Beatles puns throughout. This wordplay was welcome salve for my wounds whenever my songs would lose and fail to advance to the next round.

The link above to the bracket includes the results of voting in each round. What would have won the Final Fab Four tournament in your bracket? What do you think won in my bracket?

These are the musings of a global cleantech entrepreneur. This blog began as a way to document my experience during the IMD MBA in Switzerland and now is the place where I publish eclectic thoughts on business, politics, fitness, entertainment, travel, wine, sports, and . . . whatever else is top of mind. View more posts